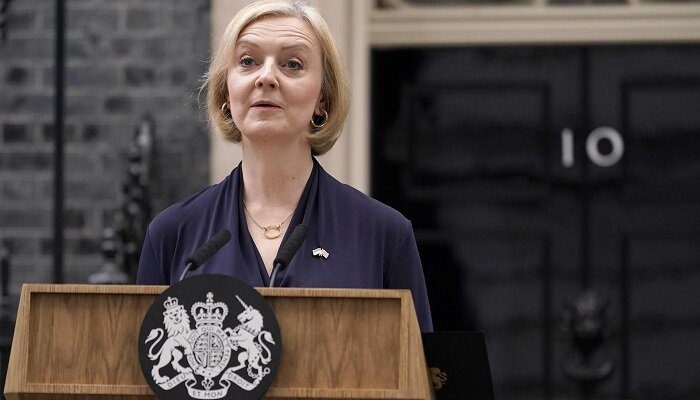 Business executives have expressed their displeasure and shock at the political upheaval in the UK and demanded that whoever succeeds Liz Truss move quickly to restore the crisis-hit economy.

After only 45 days in office, the prime minister announced her departure on October 20th afternoon, leaving businesses unsure of the government’s strategy on matters of policy, including the magnitude of future energy subsidies and the taxes they will be required to pay. Almost all business leaders have condemned the current political unrest, claiming that it has stopped investment in the UK as experts forecast a prolonged recession.

The largest business advocacy organisation in the UK, the Confederation of British Industry, led by Tony Danker, predicted that half of the companies seeking investments would hold off until things had stabilised.

The politics of recent weeks has weakened people’s, businesses’, markets’, and international investors’ confidence in Britain, said Danker. If they wish to protect families and businesses from further harm, that must now come to an end. When Truss and her first chancellor, Kwasi Kwarteng, unveiled their growth plan on September 23, Danker lauded the announcement as a turning point for the economy.

Danker stated that the new prime minister’s priority must now be a credible fiscal plan for the medium term as soon as feasible and a long-term strategy for the growth of the economy after the mini-budget swiftly sparked market instability that ultimately resulted in Truss’s demise.

The head of BusinessLDN, an organisation that advocates for businesses in London, Paul Drechsler, claimed that the UK was experiencing an unrestrained political and economic crisis and that the new administration would require a rock-solid cabinet in addition to a new prime minister.

However, he opposed holding a general election right away since it might prolong the government’s immobility for several weeks. Drechsler declared, they don’t need any more Cirque du Soleil. They don’t want any more circuses, plays, or other mischief. Just finish the work.

He noted that the current unrest has severely harmed the UK’s standing abroad.

After the devastation of the last six weeks, said Helena Morrissey, chair of the board of investing platform AJ Bell, her initial emotion was relief. Business leaders would prefer a stable PM who knows the markets, according to the Conservative peer who previously supported the former chancellor, Rishi Sunak, for the position.

Whoever wins needs to take a step back and come up with a suitable, well-thought-out plan that gradually restores confidence, she added. With increasing interest rates driving up the cost of debt servicing for firms still working to recoup from the COVID-19 pandemic lockdowns, the political climate is predicted to have a direct influence on the financial health of businesses.

Truss and Kwarteng’s end-of-September announcement of billions of pounds in tax cuts without a longer-term fiscal plan caused a spike in UK borrowing costs. According to Treasury sources, the government will proceed with its scheduled preparations to make a debt-reduction statement on October 31. However, the next prime minister will have the final say on whether or not to move through.

20th October’s market response to Truss’s departure was subdued. In the afternoon, the pound temporarily increased to above $1.13 against the US dollar before falling back to a 0.3% gain for the day. At 6,943.91 points, the FTSE 100 finished the day 0.3% ahead. Markets for government bonds were essentially flat.

Despite the recent sharp decline in wholesale energy prices, many industries are still deeply worried about how they will fare after state funding for businesses’ energy bills expires at the end of March. After that, the government has vowed to re-evaluate which industries should still be supported.

The Federation of Small Businesses’ Tina McKenzie, the chair of policy and advocacy, claimed that businesses needed to know if their energy bills would cliff edge in April. She said small firms find it more difficult to function when political unrest feeds into economic unrest, adding that fast-changing policy choices make planning much more difficult than it has to be.

Small business owners who must pay greater borrowing expenses are having trouble sleeping because of the possibility of rising interest rates, which coincides with rising costs for everything from energy to eggs.

Kitty Ussher, the head economist at the Institute of Directors, a lobbying organisation, stated that the political uncertainty in the UK government is directly affecting trust in the UK economy, which is currently running at very low levels, according to their data. This lowers investment, which limits growth. Growth is impossible without confidence and stability.