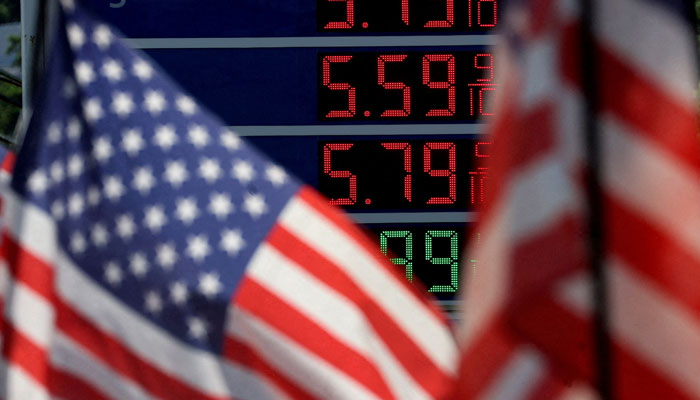 High oil costs present yet another barrier to U.S. business earnings, and a few on Wall Street are concerned that this could further depress stock prices. Due to low supply, increased demand, and the conflict in Ukraine, Brent crude prices have gone up by about 40% since the year’s beginning and are currently at $110.73 per barrel.

Target Corp. and Walmart Inc., two major retailers, have previously issued warnings that rising oil prices are hurting their bottom lines. Investors are concerned that the effect of oil prices may not be directly reflected in experts’ forecasts of the profitability of other companies, which might further damage stocks if these predictions start to decline.

According to Jason Pride, Glenmede’s chief investment officer for private wealth, profits appear to be holding up on the edge, but rising energy prices could start to eat into margins through 2022. According to S&P Dow Jones Indices, the S&P 500 is down 21.1% year to date, on course for perhaps the worst first half of any year since 1932, as the Fed tighten monetary policy in its battle against the worst inflation in decades.

According to Ned Davis Research, every $10 increase in oil prices results in a 0.3% reduction in the global GDP. According to LaForge, the world economy has lost 1% as a result of the roughly $30 spike in oil prices since February, putting the US economy at risk of entering a recession this year. John LaForge, head of real asset strategy at the Wells Fargo Investment Institute, argued that there was no way to prevent it. When commodities perform exceptionally well, equities are nearly always in a bearish trend because their margins are being squeezed.

Target announced that it was increasing its prediction for transportation and freight expenses for the entire year by $1 billion last month, while Walmart reported that gasoline prices were $160 million higher than anticipated.

However, there are few indications that analysts are updating their predictions to reflect higher fuel prices. According to Refintiv data, 61% of company pre-announcements of second-quarter earnings results have been unfavourable thus far, a significant decline from the 68.7% of unfavourable pre-announcements for the prior quarter. After mid-July, the majority of S&P 500 businesses will release second-quarter profits.

Refinitiv predicts that the S & P 500 will experience overall earnings growth of 5.4% in the second quarter. However, that decreases to a 2.2% when energy businesses are excluded. Investors appear to anticipate continued high oil prices. According to a poll by BofA Global Research, optimistic positions in oil as well as other commodities are the most common among international investors.

According to a Reuters survey, analysts predict that the price of crude oil will average $91.59 per barrel in 2023 and will conclude the year at $99.52 per barrel. Refinitiv data shows that during the past 10 years, the price of oil has soared above $90 per barrel for a total of 22 months, primarily fluctuating between $40 and $80.

BlackRock analysts are among those sounding the alarm that consensus earnings predictions do not seem to take the risk that rising energy prices may slow growth into account. One reason for this, they stated this week, is that they don’t regard the risk asset pullback as a reason to buy the dip and predict further volatility ahead. High oil costs frequently cause the economy to falter and ultimately decrease demand, either as a result of a downturn or a change in consumer spending patterns. Francisco Blanch, a commodities analyst at BofA Europe, says that it seems less likely this time that Russia will have to deal with energy restrictions in the near future.

He said, they anticipate Brent may average higher than $75/bbl in 2023, even if the globe enters a recession. As investors have concentrated on the Fed’s strong response to inflation, portfolio strategist with Natixis Investment Managers Solutions, Garrett Melson, said that this year’s loss in the S&P 500 has thus far been mostly caused by falling valuations rather than decreasing estimates.

Increased oil prices will soon reduce overall profitability, he predicted, ultimately increasing the appeal of major technological firms that do not depend on general economic growth, like Alphabet, the parent company of Google. Margin compression and additional decline from here are real risks, he warned.