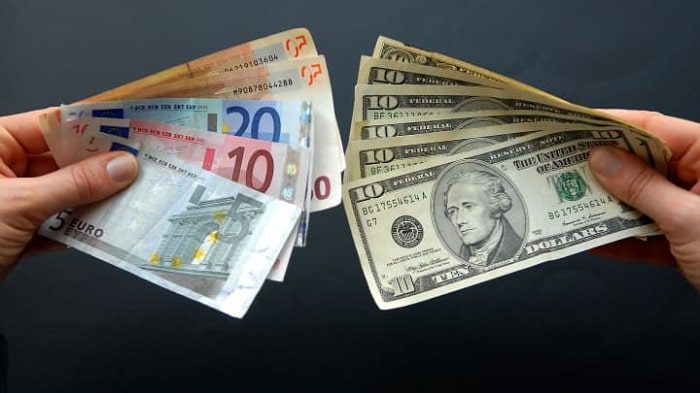 On August 22, the euro briefly retreated below parity against a strong US dollar and was lagging near five-week lows due to worries that a 3-day interruption in European gas supplies later in the month may worsen an energy crisis. The central bank of China lowered key lending rates, causing the yuan to fall to its lowest level in almost two years.

Prior to the Federal Reserve’s Jackson Hole symposium this week, Fed policymakers repeated an aggressive monetary tightening posture, driving the US dollar index, which compares the dollar to a portfolio of peers, to a mid-July high.

After Russia declared that it would stop supplying European gas through the Nord Stream 1 pipeline for three days at the end of this month, the euro and sterling borne the brunt of selling pressure versus the US dollar. Post temporarily reaching its lowest point since mid-July of US$0.99895, the single currency was recently down 0.4% at US$1.0001.

The euro could fall to US$0.95, according to the head of FX strategy at Rabobank in London, Jane Foley.

She noted that this morning’s increase in European gas prices drew attention to the recessionary dangers confronting the eurozone this winter and possibly beyond.

The euro’s fair value has been harmed by the energy shock, meaning that the euro/US dollar is not unusually cheap even at these levels, said Global Head of Markets at ING, Chris Turner.

The German economy, one of the most vulnerable to delays in Russian gas supply, is likely to experience a recession over the winter if the energy crisis deepens, Joachim Nagel, Bundesbank president, told a leading German newspaper. As the oil crisis highlighted Britain’s cost-of-living crisis, the value of the pound dropped to a fresh 5-week low of US$1.17875.

The US dollar index, which compares the greenback to six rival currencies, increased 0.25% to 108.42 after reaching a high point not seen since July 15. It increased 2.33% last week, marking the highest weekly advance since April 2020, as a cacophony of Fed policymakers emphasised the need for further action to tame the country’s decades-high inflation rate.

The Richmond Fed’s Thomas Barkin stated that there was a desire among central bankers for quicker, front-loaded rate increases. The current state of the money markets indicates a 54.5% likelihood of another massive 75 basis-point rate hike at the Fed’s upcoming meeting on September 21.

The benchmark 10-year US Treasury yield momentarily surpassed 3% for the first time since July 21. The US dollar dipped against the yen and was marginally lower on the day at 136.81 as yields began to retreat from their highs. Prior to that, the US dollar rose to its highest levels versus the yen since July 27.

In onshore trade, the US dollar increased to 6.8436 yuan for the first time since September 2020 after the People’s Bank of China lowered the prime rates for 1 and 5 year loans, as was generally anticipated. That comes after it unexpectedly lowered other crucial borrowing benchmarks last week.

The US dollar reached 6.8645 against the offshore yuan, which is also a record high since September 2020.