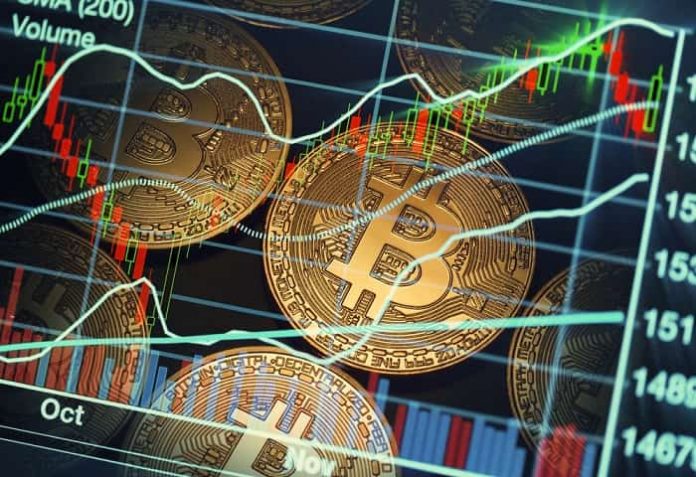 Instantly buy and sell Bitcoin with the Cash App. Learn about what Bitcoin is, how Bitcoin works and more about cryptocurrency from Square’s Cash App.

“We believe bitcoin and other crypto sales represent a potential mid/long term growth opportunity for Square and we are positive on the strategy,” Credit Suisse analyst Paul Condra said in an email. “This strategy could also drive greater adoption of Square Cash and we note SQ is well positioned to potentially facilitate crypto-payment purchases at Square merchants at some point in the future.”

However, Condra is worried the stock is too expensive. He is neutral on Square and sees shares falling about 20 percent from Wednesday’s levels to $37.
Nomura Instinet analyst Dan Dolev has a buy rating and sees shares rising about 37 percent to $64, but that’s based on Square’s opportunity to disrupt the payments industry, regardless of bitcoin.

“It gets them a lot of publicity, which is great, but it’s not a fundamental driver of the stock,” Dolev said. “It moves the stock because people are excited about the stock.”
Square began testing bitcoin trading on its Cash app in mid-November and rolled out access to more customers in December.

Customers are limited to $10,000 in bitcoin purchases a week through the app, but there is no limit to the amount that can be sold, Square said on its website. Users cannot send bitcoin directly to other Cash users.
Square said it will hold the bitcoins on behalf of its customers.
The company also said it would not add other fees to bitcoin transactions and would calculate prices by looking across major exchanges.

Commission-free stock trading app Robinhood announced last week it was rolling out free bitcoin and ethereum trading in five states beginning in February. More than 1 million people have joined the wait list since the announcement.
Robinhood Crypto will also not initially be available in New York, which is one of the toughest states for cryptocurrency trading since it requires a BitLicense.

Coinbase, the leading U.S. marketplace for trading in bitcoin and other major cryptocurrencies, has a BitLicense. The San Francisco-based company has more than doubled its number of users in the last year to more than 13 million around the world. The start-up also charges U.S. transaction fees of 1.5 percent to 4 percent.