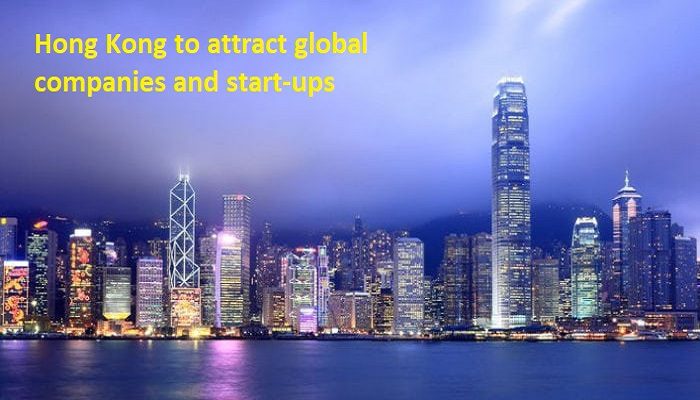 Hong Kong has proposed a HK$30 billion ($3.8 billion) co-investment fund to entice foreign companies back to the city following a brain drain brought on by rigorous lockdowns and a volatile political environment.

John Lee, the chief executive of Hong Kong, outlined a slew of steps to combat the brain drain in his first policy speech on October 19th, but his proposals have mostly failed to soothe investors. Lee pledged tax and visa breaks to entice talented professionals back to the financial centre and said that the workforce had decreased by around 140,000 individuals over the previous two years. He also promised to reduce property taxes for non-permanent residents.

The government will aggressively search the world for talent in addition to actively cultivating and preserving local talent, added Lee.

He described how elite talent from the top 100 colleges in the world and those making HK$2.5m ($318,473) or more will receive preferential treatment from the region. In a speech that lasted close to three hours, he also discussed important infrastructure initiatives and plans to increase housing supply in a region with one of the most expensive housing markets in the world. Lee’s new economic approach follows massive, occasionally violent demonstrations for democracy in the region three years ago, which were accompanied by a harsh crackdown on dissent.

While local schools are instructed to turn kids into Chinese patriots, local democracy advocates are still detained, are waiting for trial, have fled the country, or are in jail.

The crackdown was timed to coincide with some of the tightest coronavirus pandemic regulations in the world, many of which persisted long after other nations resumed operations. The territory’s deficit has increased as the border with the Chinese mainland is still essentially blocked due to Beijing’s rigorous zero-COVID regulations, even though it only abolished compulsory quarantine for foreign visitors from September.

Lee is dealing with global economic problems that many other nations are also facing, such as rising international interest rates, unpredictability brought on by Russia’s invasion of Ukraine, and concerns about China’s economy.

Analysts and investors have had a mixed response to his plans. The Hong Kong stock exchange, which has dropped more than a quarter of its value since the year’s beginning, finished the October 19th trading session lower by 2.38%.

There isn’t much to reassure international talent about Hong Kong’s fundamental principles, according to Kenneth Chan, a political scientist at Baptist University. For many people who are considering Hong Kong, it’s a new age with many unpredictable components, primarily political ones. They must consider it very carefully before acting and committing, he told the news agency AFP.

After almost three years, Hong Kong is slowly abandoning its interpretation of China’s zero-COVID policy, which was unsuccessful in keeping the virus out and left the region isolated globally. The hated hotel quarantine for arriving travellers has been eliminated, and some social-distancing laws have been relaxed.

However, the rate of restoration still lags behind rivals in the region like Singapore, which has launched its own charm drive to entice brains and has stormed back as a major international transportation hub.