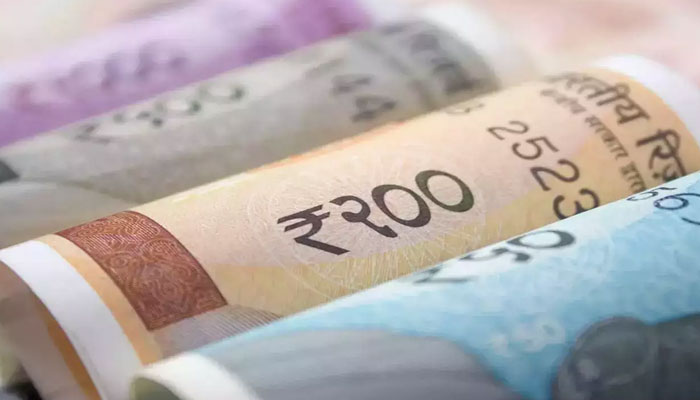 On the strength of consistent performance by the services, manufacturing, and agricultural sectors, the Indian economy is predicted to expand by 7.1% in the current fiscal. The government’s investment will be essential in accelerating the rate of growth. According to a report released by CareEdge, rising industrial capacity utilisation levels will contribute to boosting the cycle of private investment. Several high-frequency economic indicators, including GST collections, E-way bill registrations, and credit growth, performed well in the first four months, indicating an improvement in economic activity. Fears of a downturn in global economy, according to CareEdge, may negatively impact India’s export prospects. In light of the vigorous monetary tightening by major central banks, numerous international institutions have modified the global GDP growth for FY23 downward.

The increased need for operating capital may account for some of the lending expansion to sectors, but it also reflects better investment demand. Positively, the share of new investment proposals from the private sector increased to approximately 91% in Q1 FY23 from 78% in the previous quarter (CMIE data). Government policy initiatives in the form of investment-focused programmes such as PLI, PM Gati Shakti, NIP, etc., will give the economy the much-needed boost to growth that will have a multiplier effect on all sectors. Private investors’ sentiment may be affected by the unstable economic and financial conditions currently in place.

The main contributor to GDP, consumption demand, has barely improved. Since inflationary pressures have slowed demand, both consumer durable and non-durable output are still poor. But things aren’t all that horrible. Indicators like vehicle registrations, which reflect discretionary spending on both two-wheelers and passenger cars, have seen a significant increase (more than 60%) in Q1 FY23 compared to the same period last year.

Rural consumption is yet to pick up the pace, although the urban market has been progressively rebounding due to pent-up demand. Despite the recent stability in rural wage growth, the CPI-based rural inflation rate is still high, which lowers household purchasing power. In the upcoming months, it is hoped that strong Kharif output and increased MSPs for Kharif crops will sustain rural demand. The recent drop in the price of fuel, fertiliser and other global commodities will also cut input costs for the agricultural industry.

Concerns about a slowdown in global growth could hurt India’s export prospects. In light of the vigorous monetary tightening by major central banks, numerous international institutions have adjusted the global GDP growth for FY23 downward. Along with merchandise exports, the slowing of global development will also have an impact on exports from the services sector, particularly IT services.

On the assumption of a regular monsoon, the agriculture industry is anticipated to experience stable development in FY23. As a result of increased rainfall in July, crops like cotton, oilseeds, and pulses have been sown. Overall, Kharif sowing is currently up 0.1% from last year’s level as of July 15, and it is anticipated that when the monsoon develops over the next few weeks, this growth will accelerate. However, due to a lack of rain so far in major rice-producing states, the seeding of crops such as rice and sugarcane is still behind where it was last year.

Crop harvest, particularly of wheat, cotton, and vegetables, has been affected by disruptions brought on by heatwaves. It is anticipated that higher farm product prices will offset the loss. In FY23, we anticipate that the agriculture sector will expand steadily at a 3.0% rate.

Due to the strain being placed on it by high input costs, India’s manufacturing industry experienced a decline in Q4 FY22. If continued, together with increasing economic activity, the recent decline in the price of metals and fuel should support the sector’s expansion in the months to come. However, the recovery of consumer demand will continue to be an important aspect. Analysts forecast that the industrial sector’s GDP would expand at a rate of 5.4% in FY23, anticipating the momentum to continue.

With restrictions loosened, the services sector made a strong comeback. With increased mobility, both rail and air freight and passenger traffic have risen exponentially. As concerns about COVID-19 have subsided, international visitor arrivals increased by more than 21 times in May 2022 YoY. However, the IT sector in India is at risk due to the US economy’s decline. In light of this, there is an anticipated 8.7% rise in the services sector in FY23.

Analysts expect the economy to expand at 7.1% in FY23 depending on the success of these three main sectors, while taking into consideration probable internal and external challenges. Any further worsening of the global environment, which will affect India through exports and investment channels, would pose the biggest threat to the prediction of GDP growth in the country.