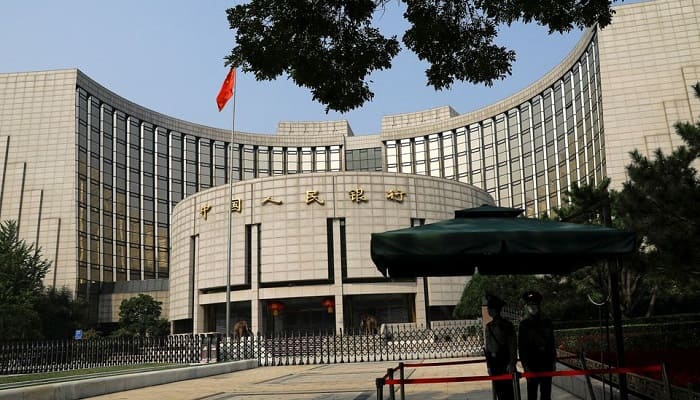 On October 17th, China’s central bank extended aging medium-term policy loans while maintaining the interest rate at its current level for a second month, adding credence to forecasts that conditions will remain loose to support the pandemic-affected economy.

The rate on 500 billion yuan ($69.6 billion) in one-year moderate lending facility (MLF) loans from the People’s Bank of China (PBOC) to some financial institutions was maintained at 2.75%, the same as it was in the previous transaction. The PBOC stated in an online statement that the goals of Monday’s cash injection were to completely meet financial institutions’ demand and maintain banking system liquidity at a reasonable level.

The equal amount of these loans matured on Monday, thus there was no net injection or removal of medium-term liquidity from the banking system as a consequence of the operation.

Previously, in August and September, the PBOC each lost a net of 200 billion yuan.

In a survey of 27 market observers undertaken last week, all participants predicted that the MLF rate would remain unchanged, with the large bulk anticipating a partial rollover. According to chief financial market analyst at MUFG Bank (China), Marco Sun, Monday’s full rollover is a message that the Chinese central bank will continue to maintain a loose monetary policy posture. Sun also noted that the economy has been facing rather significant problems this year.

According to a Reuters poll, China’s third quarter GDP, which is due on October 18th, is likely to shed light on the growing difficulties the country is experiencing due to poor domestic demand and sluggish global growth. However, according to analysts and traders, August’s strong lending figures have lessened the need for an interest rate cut, while China’s currency is weakening, limiting the PBOC’s ability to adjust its monetary policy. China has been a significant exceptional case in a global trend of policy tightening to control rampant inflation.

To combat increased MLF maturity, which totaled 1.5 trillion yuan in November and December, some market observers believe that the PBOC may reduce the amount of cash that banks are required to hold aside as reserves later this year.

Erin Xin, economist for Greater China at HSBC, stated in a note, they expect additional monetary easing to persist, while the PBOC will be cautious of outflow pressure from different monetary policies with the U.S. Fed.

The reserve requirement ratio (RRR) for banks is anticipated to be reduced by 25 basis points (bp) in the fourth quarter and by an additional 50 bp in the first quarter of 2019. The loan prime rate (LPR), which is expected to be released on October 20th, is based on the MLF rate.

According to some traders, the one-year LPR is likely to remain constant due to the steady MLF rate, while the five-year tenor may be cut as a result of the numerous measures taken in recent weeks to support the struggling real estate market.

To stimulate loan demand and sustain an economy hit by COVID-19 shocks, the PBOC stunned markets in August by reducing both rates by 10 basis points.