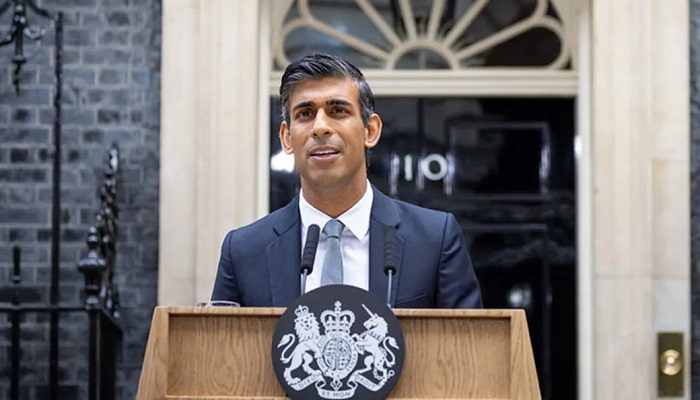 In ongoing negotiations with striking industries like the National Health Service and railways, UK Prime Minister Rishi Sunak highlighted the necessity for continued wage restraint and stated that it is not a given that inflation will reduce this year.

With economic projections from the Office for Budget Responsibility already indicating that the rate of price increases will reduce that much without any further aid from government policy, Sunak has come under fire for a commitment to half inflation this year.

In an interview with the BBC’s Laura Kuenssberg on January 8, Sunak stated that reducing inflation is a result of having a sensible economic policy when it comes to things like pay. The fact that it merely happens is not a guarantee. You must maintain your discipline and make morally sound decisions.

Increased energy costs brought on by Russia’s war in Ukraine caused inflation to exceed 11% last year, triggering a crisis in the cost of living. Sunak claims that reducing price increases is his main priority, which is why he has been defying requests to accede to high wage demands in the public sector because they would further fuel inflation.

In the midst of widespread disruption in the UK, that position has come under increasing pressure. This is especially true for the NHS, where the reemergence of COVID-19, the winter flu, and industrial action, including the first significant nurses’ strike in history, have forced hospitals across the nation to declare critical incidents. Recently, nurses encouraged the government to meet them halfway on their demands, which include a 19% salary increase.

When asked if he has private healthcare, Sunak said it wasn’t really relevant and declined to respond. Many more individuals are purchasing private insurance as a result of the long wait lists for NHS care, which is raising concerns about a two-tiered healthcare system that could worsen inequalities in the UK. According to the Sunday Telegraph, about 500,000 people signed up for private services in 2022, and the top insurers saw gains of up to 20%.

Sunak is under increasing political pressure from members of his own Conservative Party and the general public to clean up the mess caused by scenes of chaos in the UK’s health system. A general election is anticipated for next year, and his Tory Party is now trailing the biggest opposition party, the Labour Party, by more than 20 points in the polls. On January 7, Sunak held a recovery forum at Downing Street with representatives from the medical community to discuss concerns like enhancing emergency care and accelerating social-care discharge. He left the conference with a reinvigorated feeling of trust and hope that they can get to terms with this problem, Sunak said on January 8. The NHS is without a doubt under tremendous pressure.

In an effort to stop additional strikes by employees of the NHS, rail, and other industries, trade union representatives from diverse sectors have been called to discussions on January 9. They demand a pay raise right away, but the administration is more open to discussing wage settlements for the public sector in 2023–24. The strikes were brought on by Sunak’s government’s indication that it would not make the package for 2022 any more enticing.

Sunak stated on January 8 that they want to have a fair, sincere, and two-way conversation regarding salary. A fresh salary settlement cycle for this year is ready to begin. Notably, he has come under fire for lacking ambition and for putting easy-to-attain goals in his other goals for 2023, which include expanding the economy and reducing debt. By the end of this year, according to the independent fiscal watchdog OBR, inflation will have decreased to 3.8%.

Having an economy based on low inflation and good public finances is very conservative, Sunak said on Sunday. Those are his top concerns, he added.