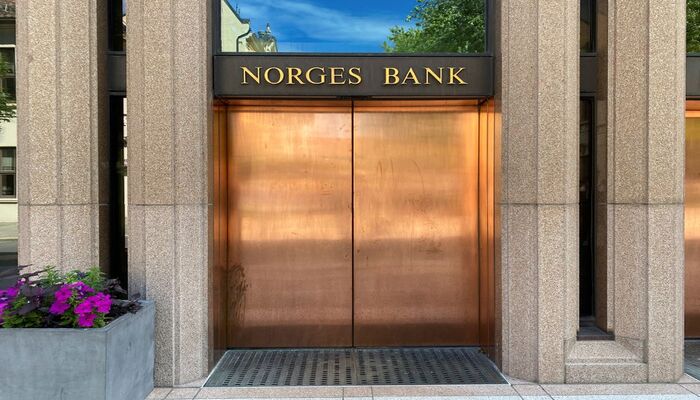 As most analysts had predicted, Norway’s central bank increased its interest rate benchmark by 50 basis points to 2.25% on September 22nd, but stated that future increases would be more subtle, which would undermine the crown currency.

Despite forecasting a lesser increase in its rate path, Norges Bank said it would likely raise rates again in November, according to experts. The monetary policy committee of the central bank increased the sight deposit rate from 1.75% to 2.25% after hinting in August that a hike in September was expected but did not specify by how much.

The increase occurs as central banks around the globe struggle to rein in runaway inflation. In a statement, the bank predicted that “the policy rate would most likely be hiked again in November.”

The bank predicted that the rate, which is currently at its highest level since 2011, would rise to roughly 3% during the forthcoming winter, but added that this was unlikely. According to Norges Bank, the Norwegian economy is starting to tighten as a result of the hikes in the policy rate, which was zero a year ago.

It said, “It might point to a more cautious approach to policy rate-setting in the future. The Norwegian crown decreased against the euro from 10.20 to 10.23 from 10.20 shortly prior to the rate announcement.

In a letter to customers, Nordea Markets stated that the most recent rate path suggests 25 basis point rises ahead and is on the subdued side of what markets predicted earlier. Of the 30 economists surveyed by Reuters, 28 expected that Norges Bank would increase interest rates by 50 basis points (bps), while one analyst predicted a rise of 25 bps to 2.0% and the other predicted a rise of 75 bps to 2.50%.

While the Bank of England is anticipated to raise rates later in the day, the Swiss central bank increased rates by 75 basis points on September 25th. Even though the government has partially limited skyrocketing electricity bills, Norway’s consumer prices increased 6.5% year over year in August. Energy is not included in core inflation, which was 4.7%, above the central bank’s target of 2.0%.