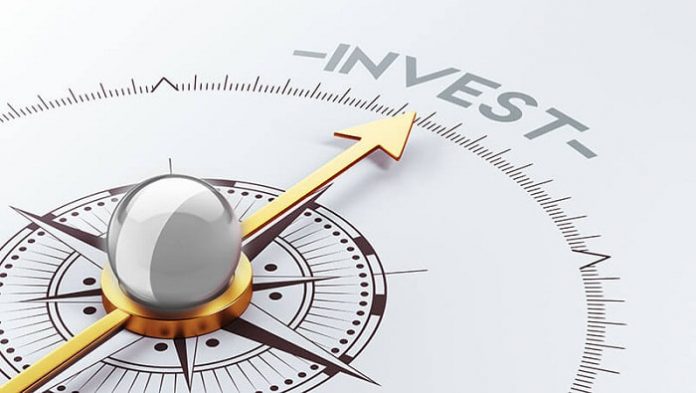 Generous dividends are paid out of the distributable surplus accumulated by funds over the years. We cannot be sure that funds will be able to sustain the quantum of payout. If the market nosedives, these funds may not have enough surplus left and dividend payouts may get extremely unreliable

Investors dependent on regular dividend income may face a tough time, feels Amol Joshi, Founder, PlanRupee Investment Services. “Entering an equityoriented investment for the sole purpose of income generation is a bad idea,” he insists. A better option for investors who need regular income is to choose the growth plan of balanced funds and initiate a systematic withdrawal plan (SWP) after a year.

SWPs guarantee a steady income and let investors customize the income as per their needs. On the other hand, dividends are at the discretion of the fund house and could fluctuate with the fund’s performance.

2. AVOID INVESTING SHORT TERM
“Markets are not as cheap as they used to be and so time horizons for performance review as well as for achieving objectives need to be longer,” says Aashish Somaiyaa, CEO, Motilal Oswal AMC.Historical data of SIP performance provides enough evidence to justify this strategy. Between April 1997 and March 2000, a monthly SIP of Rs 10,000 in Franklin India Prima Plus would have grown to a whopping Rs 10.41 lakh—an annualized return of 82.5%. If, cajoled by the high returns, one had started a fresh SIP in the same fund in April 2000 and invested until March 2003, the Rs 3.6 lakh investment would have only grown to Rs 3.8 lakh—3.6% annualized return.
It is quite clear that investors who entered the market when it was at the peak and exited after three years were left with a bitter experience. But, had they chosen to stay longer, their experience would have been far better. Data shows that the SIP started in April 2000 would have clocked an annualized return of 36% over a five year period.
Similarly, a monthly SIP of Rs 10,000 for three years, started in January 2011, would have fetched just 11% annualized return, but a longer investment period of five years would have helped the investor enjoy a healthy 19.8% annualized return.

3. REFRAIN FROM PAUSING FOR SIPs
Along with increased inflows, mutual funds have also seen an increase in redemptions. that investors sold equity fund holdings worth Rs 1.9 lakh crore in 2017—45% higher compared to 2016 according to data from the Association of Mutual Funds in India shows. Some investors have chosen to book profits entirely while few have even paused their SIPs amid rising valuations. But this could prove harmful in the long run, say experts.

There is a possibility of a correction in the stock market in the near future, which may sour the experience for investors who have enjoyed a good run in their SIPs for the past few years. But taking the money out, anticipating a correction, may cause reductions from your portfolio of the compounding benefits on the accumulated corpus, and could even result in a shortfall in your target corpus for specific goals.

Over the past 10 years, a regular monthly investment of Rs 5,000 in ICICI Prudential Value Discovery Fund would have helped you amass a corpus of Rs 17.98 lakh. But stopping the SIP midway, owing to stretched valuations, would have yielded a much smaller kitty of Rs 13.8 lakh. “Timing your SIP only gives you an illusion of being in control. In reality, you end up putting less money at work and may even miss out on a couple of more years of higher return,” says Kunal Bajaj, CEO, ClearFunds.

A correction, whenever it happens, should in fact be used to your advantage. “Beneficial averaging happens when markets correct. That’s the time to show conviction by sticking to your SIP,” says Somaiyaa. Investors who stay invested during turbulent times ultimately gain when the markets rebound. “Investors need to keep in mind that in volatility lies the opportunity,” insists Swarup Mohanty, CEO, Mirae Asset Global Investments.

4. HIGH EXPOSURE TO MID-CAPS CAN BE FATAL
With 23% and 17% annualised return over the past three years respectively, mid and small-cap funds have comfortably beaten multi-cap and large-cap funds. This superior performance could easily tempt investors to bet big on this segment. “Investors are looking at aggressive investments based purely on mid- and small-cap funds’ past performance,” says Rohit Shah, Founder and CEO, Getting You Rich.

Experts advise against hiking exposure to this segment. It has the potential to deliver high returns, but exhibits much higher volatility and is particularly vulnerable when markets turn sour. At a broader level, there is a perception that valuations in these segments are stretched. Several funds have recognized this problem and, to protect their return profile, have stopped accepting fresh money.

5.Shifting to direct plans without an adviser’s help
Those who invested in direct plans of mutual funds have earned better returns than those who opted for regular plans. The direct plan allows the investor to purchase a scheme directly from the fund company—circumventing the distributor—at a lower expense ratio than under the ‘regular plan’. The difference in the expense ratio between the two plans, which can vary between 0.5%-1.25% annually, starts reflecting in the fund’s return profile over the years.

For instance, the direct plan of Mirae Asset Emerging Bluechip, a mid-cap oriented fund, has delivered 32% annualized return over the past five years, compared to 30.7% generated by the fund’s regular plan. A Rs 1 lakh investment in the direct plan of the fund five years ago would have yielded Rs 18,158 more than the same invested in a regular plan. This gap will grow bigger in the years to come. Clearly, this is a big incentive for investors to switch to the direct plan in their existing funds.

But investors who are not well versed with mutual funds and capital markets should avoid taking this route independently. If you opt for the do-it-yourself approach, then it is not just the paperwork that you have to handle; the onus of picking the right funds suited to your specific needs, tracking their performance and reviewing the portfolio at appropriate time is entirely on you. This is easier said than done.

It has been observed that investors often let emotions cloud their judgment. If you pick the wrong funds, exit investments too early or deploy money at the wrong time, no direct plan will help you meet your critical goals. This is where a financial advisor can step in and handhold the investor through the different market cycles.