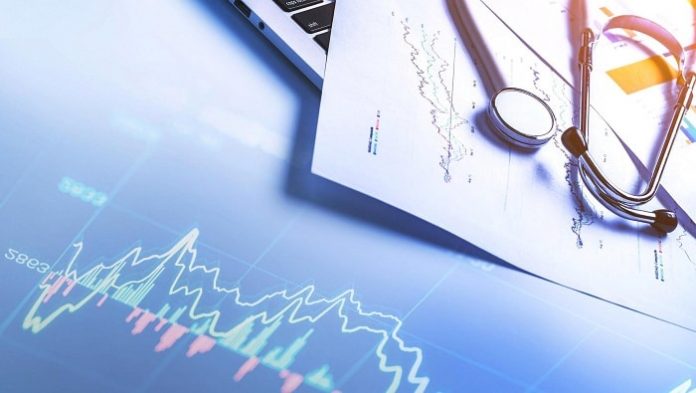 China is on a drive to promote the use of its currency globally but the yuan is still far from upsetting the greenback, according to an important global metric.
Data released this week from Swift, the global inter bank system that transfers trillions of dollars worth of currency daily, showed that just 1.61 percent of domestic and cross-border payments processed in December were denominated in yuan (also known as renminbi, or RMB.)

“The RMB has had a difficult year in 2017 and struggled to realize its potential for growth,” Michael Moon, Swift’s head of payments markets for Asia Pacific, said in a news release.

Swift noted in its report that, despite the growing importance of China in the global economy and various strategic measures to support its currency, yuan usage remains low and “the pace of adoption remains lower than expected,” Alain Raes, Swift’s chief executive for Asia Pacific and Europe, the Middle East and Africa, wrote in a report about the Chinese currency.
It’s pretty much still a dollarized world, Swift noted in its report, with the U.S. currency accounting for just under 40 percent of cross-border payments in December 2017. While that was lower than the same month in 2015 and 2016, it was not the yuan but the euro that gained over the greenback.
The third and fourth most dominant currencies were the British pound and the Japanese yen, respectively.

In fact, the Chinese currency’s share as a total of global payments fell against the year-ago period. The yuan accounted for 1.68 percent of international payments in December 2016. The currency’s share was 2.31 percent in December 2015.
A major reason why the renminbi has not gained traction among international users is that the government has instituted strong controls over its financial system, particularly regulatory measures to stem the money moving overseas for property and other purchases.
Uncertainty about capital controls and regulation will likely persist this year, so the usage of the yuan isn’t poised to increase, Moon suggested.

Slow start but there’s potential
Still, there are budding signs that international institutions are warming up to the Chinese currency — or just that they’re being increasingly compelled to use it.
An early adopter of the Chinese yuan is Pakistan, the central bank of which said in January it will be replacing the dollar with the RMB for bilateral trade and investment with Beijing.
In January, central banks in Europe revealed plans to hold the yuan as part of their foreign currency reserves.

Among recent developments bolstering China’s financial clout on a global scale is MSCI finally giving its nod to the addition of mainland shares into its emerging market index, as well as the launch of various so-called “connect” programs in Hong Kong that will allow international investors to tap into mainland assets.

The world’s second-largest economy is also reportedly planning a yuan-denominated oil futures contract, which may be convertible into gold. If that futures contract becomes a benchmark, the geopolitically important oil industry could see a shift in power.
The developments come as the U.S. is widely perceived to be turning inward under the administration of President Donald Trump just as China is aggressively pursuing a greater leadership role globally.

But even though the building blocks for the internationalization of the renminbi are in place, getting private support beyond governments can be tough, said DBS economist Chris Leung.
“It will take a longer time for the private sector to completely accept RMB as a settlement currency,” Leung wrote in a recent note.
The biggest issue is the convertibility of the Chinese currency, which is still being largely controlled by Beijing, he said.

There’s little doubt Beijing wants to internationalize the RMB to increase the domestic economy’s attractiveness for foreign investors and bolster its political ambitions. Under the leadership of veteran central banker Zhou Xiaochuan, the country has ushered in financial reforms and expanded the yuan’s global reach.
In October 2016, the International Monetary Fund included the Chinese currency in its Special Drawing Rights basket, which already included the dollar, euro, British pound and Japanese yen.

The next major move that may nudge the world to use more of the yuan could be Chinese President Xi Jinping’s pet project, the Belt and Road Initiative.
“The global economic landscape is shifting and China’s strategy, along with the RMB, has a role to play. Though the two are not fully aligned yet, there is opportunity for China to use the RMB as a currency for upcoming infrastructure projects expected as part of the Belt & Road Initiative,” said Swift’s Raes.