Investment groups have more than quadrupled their number of analysts over the past five years, as asset managers scramble to unlock the potential of trading signals contained in website scrapes, language analysis, credit card purchases and satellite data. More than 160 major money managers â€” including Schroders, Fidelity, T Rowe Price, Neuberger Berman and Invesco, as well as scores of hedge funds â€” now employ at least 340 full-time data analysts, scientists and engineers, according to a study by AlternativeData.org, an organisation that tracks the industry.

That is up more than fourfold since 2012. In the past, investment companies might supplement their analysis of economic data and corporate balance sheets by sending junior employees to count the number of visitors at a shopping centre, or hiring psychologists to analyse the body language of executives.

These days, this can be automated and done instantaneously by using fields of artificial intelligence to pore through vast digital data sets. For example, money managers can use â€œnatural language processingâ€ to unearth patterns in analyst earnings calls, TV interviews or central bank speeches; â€œdeep learningâ€ on satellite images of car parks to guess footfall; or aggregate and analyse millions of emailed receipts and credit card swipes to get an edge on consumer spending trends. â€œThings have really accelerated over the past year, if not exploded,â€ said Tammer Kamel, head of Quandl, one of the bigger alternative data providers. â€œEveryone gets this now.â€

Although there is still a lot of scepticism over how useful this new information will ultimately prove, many traditional asset managers are following the path originally trodden by hedge funds, and are hiring specialised â€œalternative dataâ€ analysts in droves to help them explore the potential. BlackRock is â€œusing machine learning, artificial intelligence and advanced data processing to drive new forms of alpha generation, from monitoring satellite data of big-box store parking lots, to analysing internet searches for consumer products â€” enabling us to predict sales volume or even national economic growthâ€, the asset manager said in its last annual report. As a result, the battle for talent is intensifying. A head of data at an asset manager can command a base salary between $250,000 and $1m, with a commensurate annual bonus on top of that, according to OptionsGroup, a headhunting firm. An entry-level data analyst can expect a base salary of $80,000-$100,000. However, OptionsGroupâ€™s salary indications probably understate the real salaries in the industry by as much as 100 per cent, according to Pablo Cerrilla, editor of AlternativeData.org, given the shortage of data analysts with experience from the financial world. â€œThe demand for data scientists is evident in an escalating fight for talent,â€ he said. The study is based on going through LinkedIn profiles, Ipreo and AlternativeData.orgâ€™s own network of industry members to identify individuals in the business. The number of dedicated alternative data analysts is likely higher, given that some will not be registered on these networks, or their titles might not explicitly make their responsibilities clear. 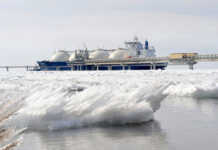 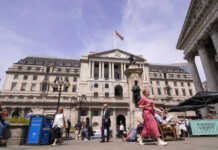