The building would be the first major project under the City’s innovative Midtown East Rezoning plan, passed in 2017, that fosters modern office construction and improvements to the business district’s public realm and transportation. The project will be subject to various approvals, and the company will work closely with the New York City Council and State officials to complete the project in a manner that benefits all constituencies.

“At JPMorgan Chase, we believe that investing for the long-term is a hallmark of our success,” said Jamie Dimon, Chairman and Chief Executive Officer of the company. “With a new headquarters at 270 Park Avenue, we are recommitting ourselves to New York City while also ensuring that we operate in a highly efficient and world-class environment for the 21st century.

“This is our plan for East Midtown in action. Good jobs, modern buildings and concrete improvements that will make East Midtown stronger for the hundreds of thousands of New Yorkers who work here. We look forward to working with JPMorgan Chase as it doubles-down on New York as its international home,” said Mayor Bill de Blasio.

New York State Governor Andrew Cuomo said: “New York State is the business capital of the globe, and our investments in workforce development and commercial enterprise have positioned us at the forefront of innovation and growth.

JPMorgan Chase’s commitment to build their new, state-of-the-art corporate headquarters and support thousands of jobs here in New York is proof that our economic development strategies are successful, and I look forward to working with them to keep New York State’s momentum moving forward.”

Under the East Midtown rezoning, JPMorgan Chase will purchase development rights from landmarks in the surrounding district in order to build a larger building. Any such transactions in the new East Midtown subdistrict require the seller of the air rights to pay the City a minimum contribution of $61.49 per square foot, providing funding for improvements to the neighborhood’s public realm including shared streets, pedestrian plazas and thoroughfare upgrades.

With the new, modern facility, which is expected to create over 8,000 construction-related jobs during the building period, JPMorgan Chase would consolidate its global headquarters from a variety of locations into a fully LEED-certified, energy-efficient office tower in Midtown Manhattan. The headquarters project would build on the firm’s strong legacy of investment in local communities and the City of New York, its home since 1799.

The building’s modernized infrastructure and design, including 21st century systems and technology, would allow for improved business adjacencies, synergies and collaboration. Clients, shareholders and the surrounding community would benefit from this innovative project, which would also support the firm’s commitment to attracting and retaining best-in-class talent. The new building would house about 15,000 employees, replacing an outdated facility designed in the late 1950s for about 3,500 employees.

Once the project’s approvals are granted, redevelopment and construction are expected to begin in 2019 and take approximately five years to complete. Most employees currently located at 270 Park Avenue would be relocated nearby during the development period.

With this headquarters commitment, JPMorgan Chase expects to remain one of the largest private employers in New York City. The company also employs thousands of others in additional NYC Corporate locations and in approximately 350 bank branches. Regarding jobs related to the new project, the company intends to work closely with its Supplier Diversity team to encourage the participation of Minority and Women Owned Business Enterprises (MWBEs).

The project is not expected to have a material impact on the company’s financial results.

“It was barely six months ago that we secured the East Midtown rezoning into law, and building owners are already responding in a major way. This is a true win-win-win. The City of New York retains a major company and its employment base, the surrounding community sees improvements in its public spaces, and JPMorgan Chase will have a new headquarters that helps the firm compete for decades to come,” said Deputy Mayor for Housing and Economic Development Alicia Glen.

Council Member Keith Powers, District 4, said, “The East Midtown rezoning was the result of years of hard work by Community Boards 5 and 6, local stakeholders, and East Side public officials to promote responsible development.

Through this announcement, JPMorgan Chase is making a significant investment in East Midtown that will have a long-term impact on New York City. As Co-Chair of the East Midtown Governing Group, I look forward to working alongside stakeholders to review the project.”

JPMorgan Chase & Co. is a leading global financial services firm with assets of $2.5 trillion and operations worldwide. The Firm is a leader in investment banking, financial services for consumers and small businesses, commercial banking, financial transaction processing, and asset management. A component of the Dow Jones Industrial Average, JPMorgan Chase & Co. serves millions of customers in the United States and many of the world's most prominent corporate, institutional and government clients under its J.P. Morgan and Chase brands. 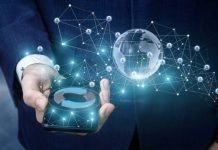