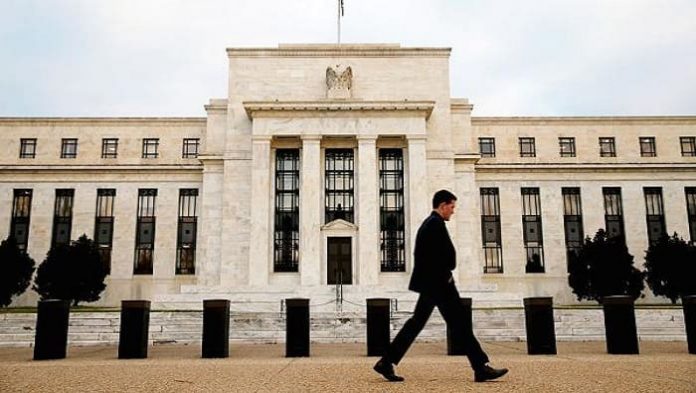 The Federal Reserve likely remains on track to raise interest rates at least two times this year.
Fed funds futures, contracts that measure the market’s bets on where the central bank’s benchmark rate will be, rose slightly but did not indicate a significant change in expectations after the release of the Fed statement Wednesday.

Markets were pricing in a more than 90 percent chance of an interest rate rise in March, and another 1.75 hikes by the end of the year, according to Bank of America and Jefferies. That was essentially unchanged from before the Fed released its statement.

“Still somewhere between two and three [rate hikes this year] is what people are expecting,” said Ian Winer, head of equities at Wedbush. The Fed “sounds ever so slightly hawkish but in general it’s kind of the same deal.”

The Federal Open Market Committee said Wednesday that its benchmark funds rate should remain in its current range of 1.25 to 1.5 percent. While the decision not to raise rates was widely expected, the post-meeting statement indicated policymakers expect inflation will rise more than previously thought and “stabilize” around 2 percent
Some traders predict the Fed may raise interest rates more than three times this year.
“As expected, the Fed is more optimistic on economic growth and is more confident that inflation is going to rise to their 2 percent target,” Bryce Doty, senior vice president of Sit Fixed Income Advisors, said in a note. “We continue to expect four rate increases in 2018.”
The U.S. 10-year Treasury yield briefly rose to around 2.75 percent following the release of the Fed statement and remained around its highest in nearly eight years. The two-year yield initially traded near 2.16 percent, around its highest in almost a decade, before edging down to 2.14 percent.