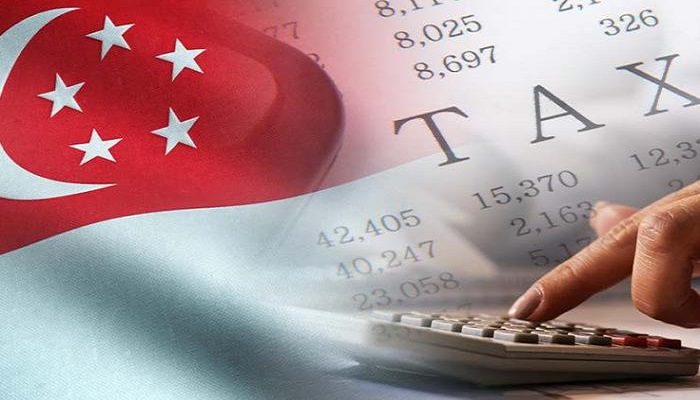 A consumption tax known as the GST is levied in Singapore on almost all products and services. GST will be applied to imported low-value items up to S$400 beginning January 1, 2023. At the moment, the GST is only applied to imported goods that cost more than $400 in Singapore dollars. With the change, the tax will apply to all products and services brought into Singapore, including those bought online.

Businesses with headquarters in Singapore that generate more than S$1 million ($742,000) in annual revenue are required to sign up for GST and apply the applicable tax rate to all taxable purchases.

Despite opposition party lawmakers protesting the increase and arguing poor timing given inflationary pressures, the GST amendment bill was approved by Singapore’s Parliament in November.

In August, Singapore’s inflation rate reached a 14-year high of 7.5%. Although the annual inflation rate for November was 6.7%, it is still much higher than the 2% inflation rate that the nation’s central bank advises for overall price stability. Inflation has moderated somewhat in recent months.

Who will be most impacted?

On whether the tax increase will affect the nation’s lowest incomes more severely than other income groups, economists who talked to CNBC expressed varying opinions.

According to DBS, those with the lowest incomes in Singapore would see the highest increase in household spending as a result of rising inflation because their wages are increasing at the slowest rate among all income groups.

According to Antonio Fatas, an INSEAD professor of economics, persons with low incomes have a propensity to spend more and save less. Since this is a tax on purchases, he suggested, they may feel the immediate effect more. To lessen the effects of the GST increases, Singapore recently added S$1.4 billion to a $6.6 billion fund. Starting in December 2022, payments from the assurance package, which now total S$8 billion, will be spread out over a five-year period. Depending on their income and home ownership status, up to 2.9 million adult Singaporeans could get cash payments.

According to Lawrence Wong, Singapore’s Deputy Prime Minister and Minister for Finance, the assurance package is intended to cover at least five years’ worth of higher GST expenses for the majority of Singaporean households and roughly ten years for lower-income households.

These offsets, according to Euston Quah, dean of economics at Nanyang Technological University, will shield low-income households from the negative effects of the tax increase. The lower income category won’t be impacted because there are enough transfers, refunds, and offsets for them, according to Quah.

As per Quah, those in higher income brackets won’t be greatly affected because they have the resources to maintain their standard of living. Middle-income Singaporeans may be particularly impacted by GST increases because they are neither automatically eligible for financial assistance or refunds nor are they always able to afford increased prices, according to him.

According to the demand elasticities of the products and services they offer, some company sectors may be more impacted than others, Quah noted. Elasticity gauges how responsive a product’s demand is to price fluctuations.

Businesses that sell items whose consumption is sensitive to price increases, including luxury brands and upscale eateries, will be more impacted by the increase than those like supermarkets that sell essentials, according to Quah.

Singapore’s ride-hailing providers have differing opinions about how to react to the GST increase. According to Grab, its drivers will pay the additional 1% GST to tax authorities, while Grab will keep paying the current 7% GST. The business announced that it will “rebate” the 1% GST for drivers for six months.

The ride-hailing company ComfortDelGro said that it would extend its 15% daily rental waiver through March 31, 2023, in order to assist its drivers in adjusting to the growing cost of living. Its commission rates won’t change. Ryde, a similar service, stated that it had no plans to raise commissions or costs from the existing levels of a 10% service fee for drivers and a 30-cent price for passengers. According to Ryde CEO Terence Zou, they keep commissions low so that drivers can take more home for every job.

According to Ajay Kumar Sanganeria, partner at accounting firm KPMG, the majority of businesses shouldn’t be significantly impacted by the increase, but charities and non-profit organisations might be because they can’t claim the GST borne for free non-business activities, like free medical services.

Prior to the introduction of each GST increase, he continued, a surge in purchases of expensive items is anticipated. Customers buy things like furniture and cars before new taxes go into effect to avoid having to pay the extra money, according to Sanganeria.

A rise in GST rates, according to Sanganeria, never comes at a favourable moment.

Given Singapore’s ageing population, rising healthcare, and infrastructure expenditures, he stated that it was vital for the country to boost its tax collection to pay for social spending. The cost of healthcare has gone up due to the epidemic. Over the last two fiscal years, Singapore has spent a cumulative S$72.8 billion on COVID-19 assistance and recovery efforts, with S$13 billion of that amount going toward public health.

The need for Singapore to develop more financially viable solutions to meet its social, environmental, and healthcare needs is not difficult to comprehend.

According to this year’s population census, there are now more people above the age of 80 than there were in 2012. Based on the estimate, about one in four Singaporeans will be 65 or older by 2030.

Healthcare spending is anticipated to rise from S$11.3 billion now to S$27 billion by 2030, according to Singapore’s Ministry of Finance. Due to its low birth rates and long life expectancies, Singapore is one of the nations that is ageing at the quickest rates in the world.

Singapore’s position in relation to other nations

Singapore’s GST rate would continue to be among the lowest in Asia-Pacific after a two-step rate increase to 9% on Jan. 1, 2024, according to Chew Boon Choo, partner of indirect tax at consultancy firm Ernst & Young Solutions.

According to EY, Taiwan has the lowest goods and services tax in the region at 5%. Recently, several nations in the area increased their goods and services taxes. Indonesia wants to increase its rate to 12% by January 1, 2025, after increasing it from 10% to 11% in April of this year. The consumption tax in Japan has increased from 8% to 10% as of October 2019.

In response to the economic challenges brought on by the COVID-19 pandemic, the Thai Cabinet authorised in August 2021 the continuation of the lowered Value Added Tax (VAT) rate of 7% for an additional two years. If there isn’t another extension, the VAT rate will return to 10% in the latter part of next year.