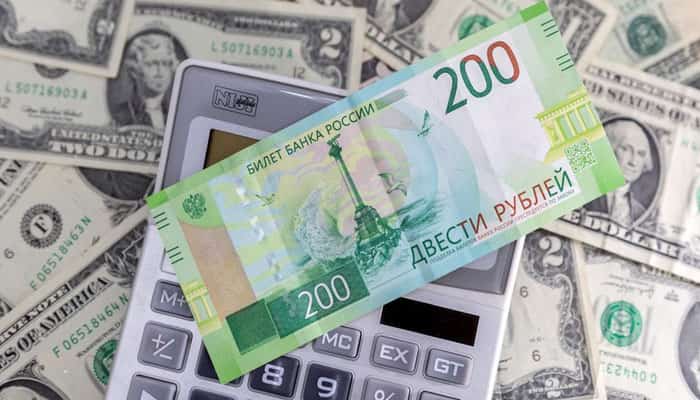 If the U.S. Treasury does not approve an auction that would enable billions of dollars in insurance to be paid out, investors hurt by Russia’s debt default will have to resolve some of their positions privately.

Under the strain of Western sanctions, Russia this month made its first default on its foreign bonds in decades. While a significant portion of investors’ debt holdings have already been written down, the question of how they might recover some of those losses via credit default swaps (CDS), a form of insurance against failures, still remains. PIMCO, a major player in US bonds, has a sizable portion of the CDS.

Global head of emerging markets and co-head of emerging markets fixed income at Amundi, Yerlan Syzdykov, which owns both Russia’s bonds and CDS, said that if this is not addressed for months and months, perhaps there is a possibility to settle it in a private fashion. The price of the underpinning bonds would typically be determined by an auction, but in June the Treasury’s Office of Foreign Assets Control (OFAC) prohibited American investors from purchasing any Russian securities on secondary markets. Investors are already looking for alternatives as a result of the gloomy outlook for the auction.

According to Gregory Chartier, a senior associate at the law firm Clifford Chance, “this is unusual” in the CDS market. In order to investigate potential alternatives, Syzdykov said his company was working with lawyers. If it wasn’t to happen, perhaps begin negotiations straight with counterparties and find some type of settlement arrangement outside of the auction process, he added.

If the contracts’ provisions are rendered unworkable by sanctions, a lawyer with knowledge of the case said, CDS investors and issuers may attempt to reach a settlement through bilateral negotiations. A potential option would be a cash settlement, in which the price of the bonds is determined by requesting quotes from dealers, as it would be unlawful under OFAC instructions for a U.S. seller of security to acquire Russian bonds through a so-called physical settlement, according to Chartier.

PIMCO, which manages $2 trillion in assets and has sell protection notional exposure to Russian CDS of about $1 billion as of the end of March, is one of the largest parties exposed to CDS. This means that it could be required to pay up to that amount in the case of a credit event. At the end of March, PIMCO also held Russian government bonds worth over $1.5 billion, despite the fact that their market value had decreased to just over $180 million.

Financial sources claim that for CDS issuers, the payoff could have been a chance to deliver bonds that are currently selling at steep discounts and hold out hope that their value will increase should the Ukraine crisis be resolved.

Bond holders who own CDS have the option to deliver their bonds to the CDS seller upon payment of the CDS and get 100% of the bond’s par value in return. However, if they don’t own the bonds themselves, they must purchase them from a holder of the bonds. The so-called CDS bond auction, in which participants assess the bond markets and determine the value of the underlying bonds, facilitates this process.

Investors and attorneys have stated that they would probably try to work out an arrangement with OFAC that would permit CDS settlements. According to recent estimations by JPMorgan, there are $2.54 billion worth of net notional CDS outstanding in reference to Russia. The CDDC determined that Russia’s failure to pay $1.9 million in additional interest on a bond obligation in May constituted a credit event, resulting in the payment of Russian CDS. Since then, the CDDC, which consists of banks and fund managers, has released a number of comments, delaying a choice over how to conduct an auction.

The attorney with knowledge of the situation stated that no one really understands what will happen if the auction can’t proceed.