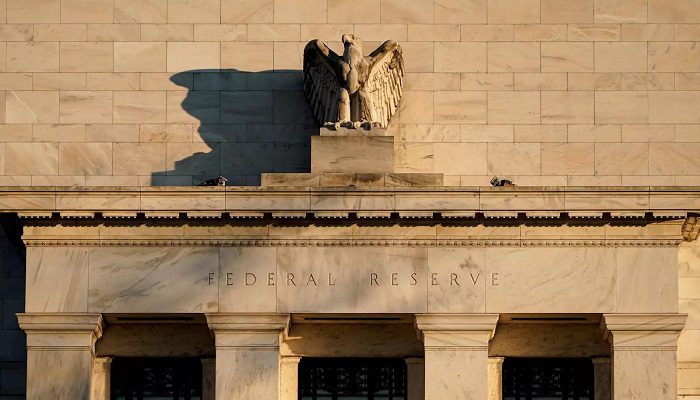 US Republican senators, led by Pat Toomey of Pennsylvania, submitted legislation on December 21 that they claim will strengthen oversight and place restrictions on the Federal Reserve’s authority.

The Federal Reserve Accountability Act would reduce the number of Fed regional banks from 12 to 5, and it would require presidential nomination and Senate confirmation for the top leadership positions at Fed regional banks. The senators said that by taking these actions, the agency’s left-leaning political bias and the power concentration in Washington would be addressed.

Less than two weeks remain till Toomey’s term in Congress comes to an end. The senator has used his role as a senior member on the Senate Banking Committee for more than a year to draw attention to what he sees as the banking industry’s and regulators’ expanding embrace of woke-ism.

The GOP-backed bill will probably have a difficult time getting through the Democratic-controlled Senate. The regional Fed banks in Philadelphia, Boston, Atlanta, Richmond, Chicago, St. Louis, and Minneapolis would be abolished under the proposed legislation, but those in New York, Kansas City, Cleveland, Dallas, and San Francisco would continue to exist.

In addition to ensuring that all Fed financial institution presidents have permanent members on the Federal Open Market Committee (FOMC), rather than a rotating vote, the bill’s supporters claim that it will also permit more effective congressional monitoring.

However, social justice activists, for example, would wonder why the plan supports abolishing some Fed regional banks but not others. For instance, closing the Atlanta, Minneapolis, and Boston Feds would result in the removal of all of the Fed’s regional presidents of colour. The president of the Atlanta Fed is a black man named Raphael Bostic. The branch in Minneapolis is led by Neel Kashkari, an individual with Indian ancestry. A black woman named Susan Collins assumed the top position in Boston in July.

The decision to do away with the Chicago Fed in favour of Midwest interests being represented by Republican-friendly Ohio is also curious.

Toomey said in a statement that the Fed and regional Fed banks have increasingly injected themselves into politically contentious topics like global warming and social justice, notwithstanding their modest and impartial legislative powers. It is the duty of Congress to prevent the Fed from engaging in politics. By reforming the Fed to make it more responsible to Congress and the American people, this legislation will advance that crucial goal. To guarantee that Fed governors are representative of the nation as a whole, the measure places tight residence requirements on regional bank presidents of the Fed.

The law would also extend the federal Anti-Lobbying Act to the Fed regional banks and the Fed Board of Governors, banning the use of federal funds for lobbying efforts at the state or federal levels. This is done to stop the Fed’s regional banks from engaging in political lobbying.

This is Toomey’s second proposal this month that deals with Fed accountability. The bipartisan Financial Transparency Act, which was filed by him and Sen. Elizabeth Warren, D-Massachusetts, would compel the Fed’s 12 regional branches to answer FOIA requests from Congress.

By making its inspector general a presidential appointee and prohibiting any financial regulatory agencies from turning down requests from Congress for information on ethics, the proposed law also aims to bring the Fed into line with other significant agencies. Over the past year, the bill’s sponsors have all advocated for increased Fed transparency, albeit from various perspectives. Warren has paid close attention to the financial disclosures made by Fed officials, which resulted in the resignations of the Boston and Dallas Fed Presidents as well as the Fed Vice Chair. In October, Bostic, the head of the Atlanta Fed, faced a comparable issue.

Esther George, president of the Kansas City Fed, and Toomey engaged in a verbal battle this year after George refused to explain to Toomey how Reserve Trust, a fintech business, obtained a Fed master account that allowed it to transfer funds through the Fed system without using a bank.

Toomey introduced several bills on that same day, including the Fed bill on December 21. He also advocated for a bill that would establish the first stablecoin regulatory framework in the United States. The law, which is a revision of a discussion draught from April, would mandate that every stablecoin be completely backed by liquid assets. The framework would also make it clear that stablecoins are not securities, do not pay interest, and are under the Office of the Comptroller of the Currency’s control. (OCC)