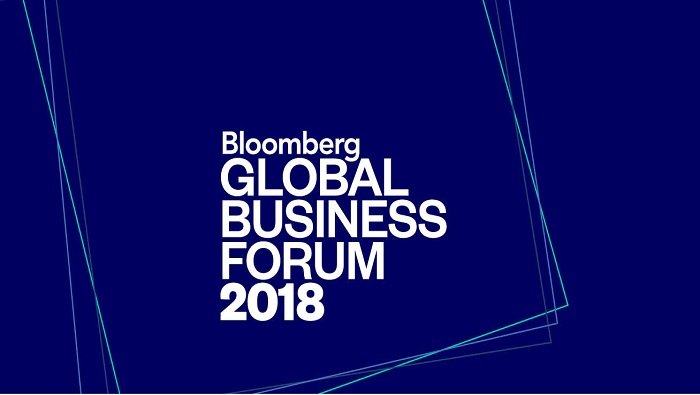 Isabel dos Santos was invited to participate at the Bloomberg Global Business Forum held in New York City on the 26th September, centered on strengthening global trade and economic alliances. More than 70 heads of state and 200 business leaders from six continents gathered and made this the largest meeting outside a formal government summit in 2018.

At the event, Isabel dos Santos said “It is a great event that focuses uniquely on how to grow economies and opportunities at every level of society; without political discussions. It was extraordinary because it reunited CEOs and leaders and got them think about who are we going to be in the future.” The businesswoman stressed that “financial inclusion is so important for emerging and frontier markets. We cannot forget that basic artisanal sustainability is where confidence grows to support communities and eventually industries.”

“Coming from Angola, I have first-hand seen the success of a small village becoming a daily business activity in farming and becoming part of the supply chain of large retailers. Today we do live in a world with different speeds, but we do have one common concern: We want to make sure that we will make it an inclusive world”.

Isabel dos Santos addressed the session with other influential like-minded leaders such as Jeb Bush Chairman of Dock Square Capital (former Governor of Florida) as well as Jean Louis Chaussade, CEO of Suez SA and Georgia Prime Minister H.E. Mamuka Bakhtadze on “Business Evolution: Digitization of Major Industries” and stated that “Digitization for Africa can be a real development enabler. We must use it as an opportunity, as a multiplying factor of growth and we can leapfrog to next generation of technology, we don’t have legacy networks. Let’s make Digitization inclusive, and not leave anyone behind.”

The businesswoman has first hand seen the potential digitization. “Today there are young Africans who have ideas and can be included in the digital economy and my company UNITEL has a special programme to support them in building their ecosystems”.

Isabel dos Santos was one of three African women invited for discussions.

The Forum was supported by Bloomberg Philanthropies and took place at the Plaza Hotel alongside the 73rd session of the United Nations General Assembly, in New York.

Distributed by APO Group on behalf of UNITEL International Holdings.