Home News In June, Gas Prices Drove US Inflation To A 40-Year High 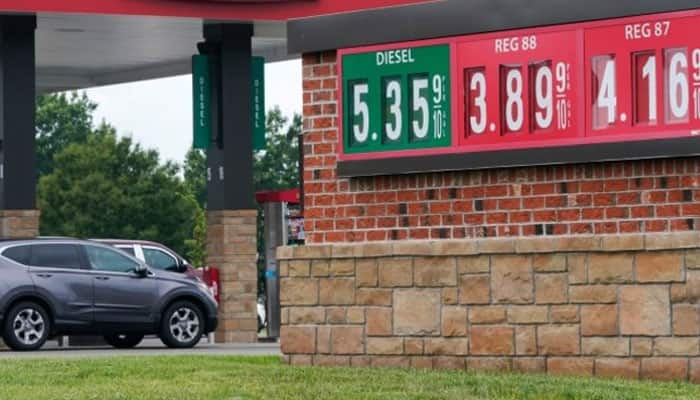 According to recent data issued by the Bureau of Labor Statistics, inflation rocketed to a new pandemic-era high in June with a 9.1% increase in US consumer prices year over year. It is also greater than the previous report, which showed an 8.6% increase in prices for the year that ended in May. This is the maximum level in more than 40 years. According to Refinitiv, it is also a lot more than what economists had predicted, which was 8.8%.

According to the Consumer Price Index for June, prices consumers pay overall for a range of goods and services increased by 1.3% from May to June.

A significant portion of the June increase was caused by an increase in gas prices, which were up roughly 60% year over year. Last month, gas prices in the United States reached all-time highs, with the national average surpassing $5 per gallon. In the year that ended in June, rates for electricity and natural gas both increased by 13.7% and 38.4%, respectively. Overall, there was a 41.6% yearly increase in energy prices.

Inflation reduction is the topmost goal

The June CPI inflation rate was alarmingly high, according to President Joe Biden, but he added that it was also out of date because gas prices had decreased over the past 30 days. From their peaks in June, gasoline and crude oil prices are now under $100 per barrel.

According to Biden, energy alone accounted for roughly half of the month’s increase in inflation. The full impact of the roughly 30-day drop in gas prices, which has lowered the price at the pump by around 40 cents since mid-June, is not fully reflected in the latest figures. These savings are giving American households much-needed breathing room. And since this news, the price of other commodities like wheat has plummeted significantly.

Furthermore, Biden reaffirmed that fighting inflation is his primary concern.

According to the chief economist at Moody’s Analytics, Mark Zandi, the typical American household now has to spend $493 more per month to purchase the very same goods and services that they did at this period last year.

In addition, prices are rising more quickly than overall wage growth. According to other BLS data issued on July 13th, real average hourly earnings—which indicate pay growth adjusted for inflation—fell 1% from May to June and are below 3.6% from June 2021.

According to managing director and chief fixed income strategist at Charles Schwab, Kathy Jones, inflation has very well destroyed most of the profits.The purchasing power of the citizens is declining.

How this may affect rate increases

Food and energy costs were excluded from the calculation of the core CPI, which resulted in price increases of 0.7% from May to June and 5.9% for the 12-month period that ended in June.

The fresh figures undoubtedly give the central bank the go-ahead to continue its aggressive string of rate hikes to cool off the economy and bring down higher prices. The Federal Reserve pays special attention to that core data when assessing future inflationary tendencies. The Federal Reserve is widely anticipated to increase its basic interest rate by at least 75 basis points on July 26-27 at its upcoming monetary decision meeting.

Core inflation appears to have levelled off, and expectations are for it to keep declining in the year-over-year correlation, according to Cailin Birch, global economist at the Economist Intelligence Unit. While it is too soon to say if inflation has hit its peak, core inflation appears to have gone up. Everyone is concerned with the inflation figures for today or what happened yesterday, so the Fed must use historical data to make judgments that are based on the future.