Home Asset Management IMF- Half of EU, Third of World Economy In Recession By 2023 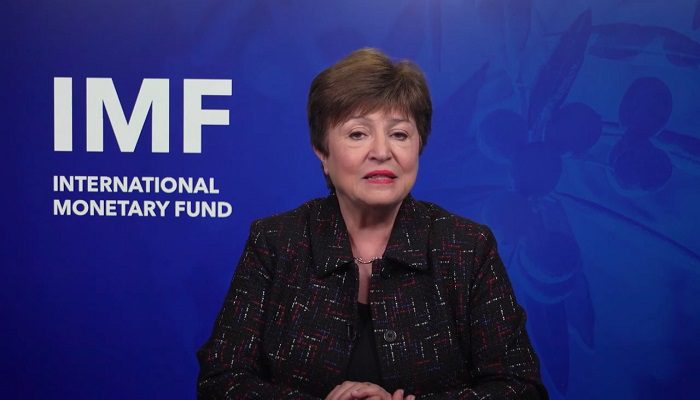 According to the head of the International Monetary Fund, 2023 will be a challenging year for a third of the global economy as the primary drivers of global development, Europe, the United States, and China, all see diminishing activity.

IMF Managing Director Kristalina Georgieva predicted that the coming year would be tougher than the year that has gone by on January 1st episode of Face the Nation on CBS.

The conflict in Ukraine, higher interest rates and costs, as well as COVID-19 cases in China, which have also slowed down production, have put pressure on economies all around the world.

As a result, in October, the IMF reduced its prediction for global economic growth in 2023.

According to Georgieva, one-third of the global economy will be in a recession. Even in countries that are not experiencing a recession, it would seem like one to hundreds of millions of people, she continued.

Half of the EU member states will enter a recession. Despite having to deal with what might be a difficult winter and a rise in energy prices, Georgieva stated that half of the European Union would be in recession next year and underlined Europe’s ambition to become independent from Russian energy.

She also discussed the necessity of providing financial support for Ukraine.

They have so far contributed the most money to Ukraine through international financial institutions—$2.7 billion (€2.5 billion) in emergency funding, and they are working to significantly contribute to Ukraine’s support by 2023, she said.

A challenging beginning for China

Georgieva foresaw a challenging start to 2023 for China, the world’s second-largest economy.

She projected that China will face challenges in the months ahead, which would harm its development as well as that of the region and the entire world.

Although China has abandoned its zero-COVID policy and begun a chaotic economic revival, consumers there are nonetheless concerned due to the rise of coronavirus cases. President Xi Jinping on December 31 urged for more commitment and cooperation as China enters a new chapter in his first public remarks since the policy change.

Georgieva’s remarks, however, imply that another cut to the growth outlooks for both China and the world could be in store for later this month, when the IMF usually releases new projections during the World Economic Forum in Davos, Switzerland.

Most robust US economy

Georgieva claims that the US economy is defying the trend in the interim and may avert the whole collapse that might strike as many as a third of the world’s economies. The US may avoid recession because it is the most resilient, she added. The labour market is still fairly solid, in their opinion.

The IMF director also said that numerous nations, including Chad, Ethiopia, Zambia, Ghana, Lebanon, and Sri Lanka, are suffering as a result of rising interest rates and the weakening dollar.

She asserted that the IMF must address the debt issue in those nations. This is the reason the IMF is working so hard to advocate for debt relief for these nations, according to Georgieva.