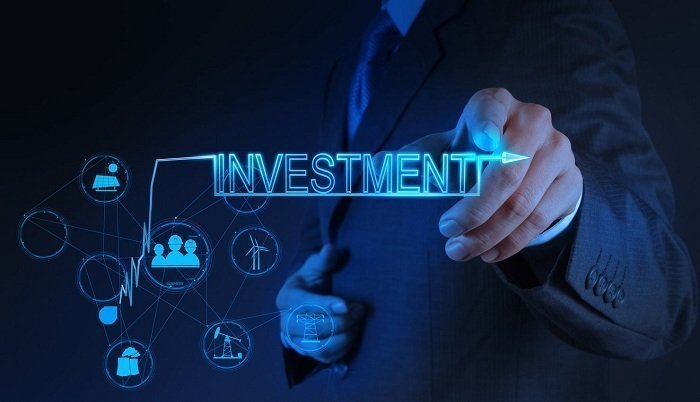 The deal represents a landmark partnership in midstream pipeline infrastructure development for ADNOC. It’s also the latest step in its drive to diversify revenue sources and bring private capital and more commercial management into the company.

The agreement forms a new entity called ADNOC Oil Pipelines, which will “lease ADNOC’s interest in 18 pipelines, transporting stabilized crude oil and condensate across ADNOC’s offshore and onshore upstream concessions,” for 23 years, according to the company’s press release Sunday.

ADNOC will retain a 60 percent majority stake, with BlackRock and KKR collectively holding a 40 percent interest in the consortium, the company said.

“Abu Dhabi wanted to play in the world stage… and it was not us pushing them, if anything they were already there in terms of what type of transparency is necessary to attract foreign investors,” he told CNBC’s Hadley Gamble on Sunday. “For a transaction like this, it came very rapidly.”

Coinciding with the growth of private-public partnerships, institutional investors are seeking “long-dated, high quality assets,” the CEO said, pointing to the stability of the cash flows of the pipeline. “This was something our investors were very, very interested in. If anything we want to put more money in, that’s the type of demand we saw.”

With $6.4 trillion in assets under management as of late 2018, BlackRock is reported to be the largest asset manager in the world. Fink honed in on the importance of transparency and governance in bringing in international capital, areas where the region more broadly has been known to fall short.

“It’s my hope that with the success of our ADNOC transaction, that not only other entities in Abu Dhabi but the entire region will open up and see that with more transparency, with better governance structure, the foreign capital attraction to the region is quite large — so it’s a win-win for the foreign capital that is looking for investing in stable, solid projects, and it’s a very large win for the region showing that its playing in the world stage. There’s a great opportunity for importing capital.”

Formed in 1971, the same year as the United Arab Emirates, ADNOC is now playing a leading role in leveraging its assets to attract foreign capital into the country and diversify its funding streams.

In the last few months, it’s signed a raft of agreements with international oil and gas companies, including granting minority shareholding to Italy’s ENI and Austrian OMV in its $5.8 billion refinery wing. The two European firms in December joined Germany’s Wintershall in winning minority stakes in developing ADNOC’s offshore gas fields, and Baker Hughes was recently awarded a 5 percent stake in the national company’s drilling unit.

Ratings agency Fitch last week gave ADNOC a double A plus credit rating, among the highest it awards oil and gas companies. The UAE ranked 11 out of 190 economies in the World Bank’s 2018 “Ease of Doing Business” ranking.

Commenting on the latest deal with KKR and BlackRock, ADNOC CEO and UAE Minister of State Sultan Ahmed Al Jaber described it as an “important milestone.”

“It is part of our comprehensive integrated 2030 Smart Growth strategy which is really centered around value maximization and ensuring efficiency across the the value chain of our business,” al Jaber said after the signing.

“This deal comes at a time when we’re starting now to unfold the new approach to attracting strategic FDI (foreign direct investment) into good quality infrastructure assets that belong to ADNOC,” he told CNBC Sunday.

KKR’s co-founder and co-chief executive Henry Kravis applauded what he saw as impressive growth in the UAE over the decade that his firm has had an office in the country.

“I’m looking at this as what I’m hoping is a long string of future investments that we can make in the region, that we can make with ADNOC, in helping them achieve what they want to achieve… Having the opportunity to grow in the region is something we’ve been striving to do for a long time,” Kravis told CNBC.

KKR, which manages asset classes across the spheres of private equity, energy, infrastructure, real estate and credit, made its ADNOC investment through its third Global Infrastructure Investors fund, which closed in September 2018 at $7.4bn, according to the ADNOC press release. KKR has $12.6 billion in assets under management within its infrastructure strategy.

And that’s one area where the region needs significantly more work, Kravis said.

Al Jaber described plans to continue investing in the entire value chain of the company, with significantly higher investments planned for its downstream operations, or the end of the oil supply chain which includes oil refineries, petrochemical plants, distributors, retail outlets and natural gas distribution companies.

And ADNOC is looking to where the growth market is: “Today we see India, China, Asia in general, promising growth opportunities, growth markets and we want to take a bigger market share by bringing our own crude, possibly investing and developing our own refineries, and extending that into the petrochem business as well,” the CEO said.